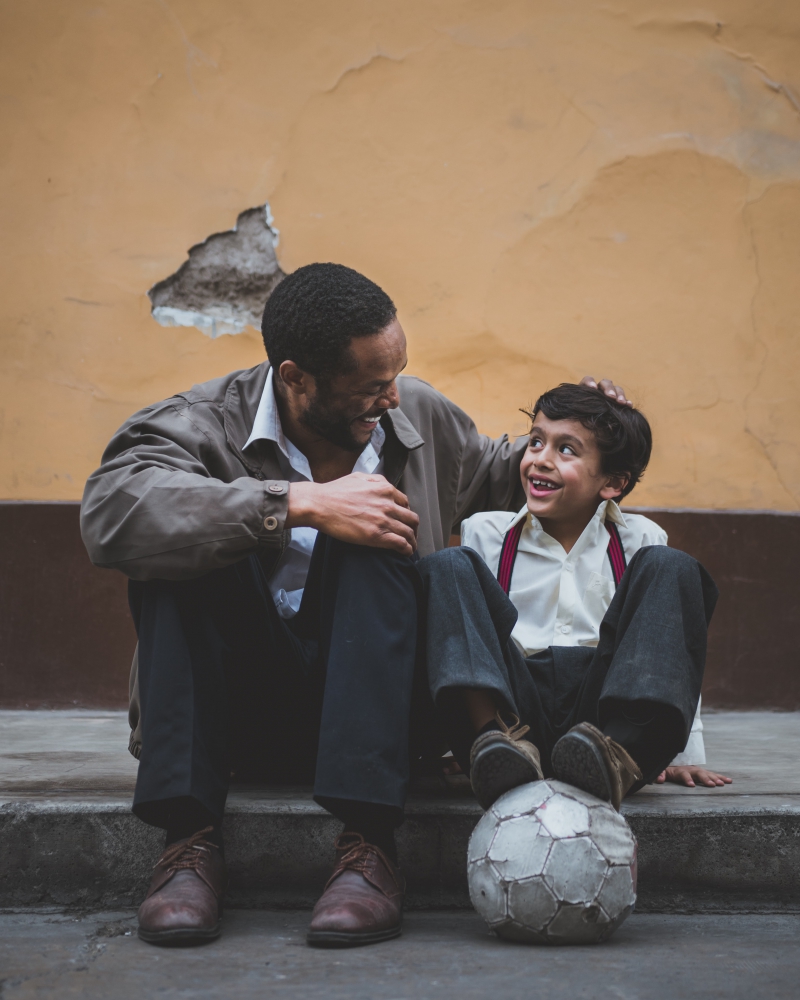 One of the most important is this: from the time they are babies, talk with them (NOT talk at them, talk with them). This is because for young children to do well in school – and in life! – they need lots of opportunities to develop language skills through back-and-forth conversations.

If you turn off the radio in the car or the TV at home, there are lots of opportunities to talk. I was driving with 5-year-old Elias one rainy morning on the way to running errands. When we came to a stop light, I pumped the brakes to keep from slipping on the wet pavement.

“Why are you doing that?” Elias asked.

I explained that when the surface of the road gets wet, it’s slippery. So I needed to use a special way to stop, to avoid an accident. “It works the same way at home,” I said. “Do you remember yesterday, when we washed the kitchen floor, and you ran on it when it was wet, and you fell down?”

He remembered. We talked about that, and then we talked about the importance of cleaning up spills right away – especially spills on the floor. People can slip on them and get hurt.

Our discussion on household safety was finishing just as we drove up to the shoe store. Elias and I talked about what to expect in the store and how I expected him to behave – a quick and natural lesson in social skills. Later, as we left the store, I complimented Elias on his good behavior.

After that we drove to the store for groceries. “Look!” Elias said, pointing to a huge number above one of the aisles. “Around and back /On the railroad track.”

“Yep, that’s a 2,” I said. (“Around and back” was a chant we were using to help Elias learn how to make the number 2). Then Elias found other numbers he recognized and read them for me. He read some of the letters he recognized on labels, too.

When I spied a lady at a booth giving out food samples, I coached Elias on what to say: “You can ask her, ‘Please, may I have a sample?’ and then when she gives you one, remember to say ‘Thank you.’”

He remembered, so I praised him. “You used very good manners, Elias.”

Later, in the checkout line, Elias pointed to an Emergency Exit sign and asked, “What does that say?” I told him, and then we talked about what “exit” means, what an “emergency” is, and what kinds of things might happen in a big store that would cause people to need to use an emergency exit.

Elias was fascinated with the idea of emergencies. On our way home from the store, he brought up the subject again. So most of the way home we talked about different kinds of emergencies and good ways people use to handle those situations.

These kinds of daily, natural conversations do many things for growing children. First, warm 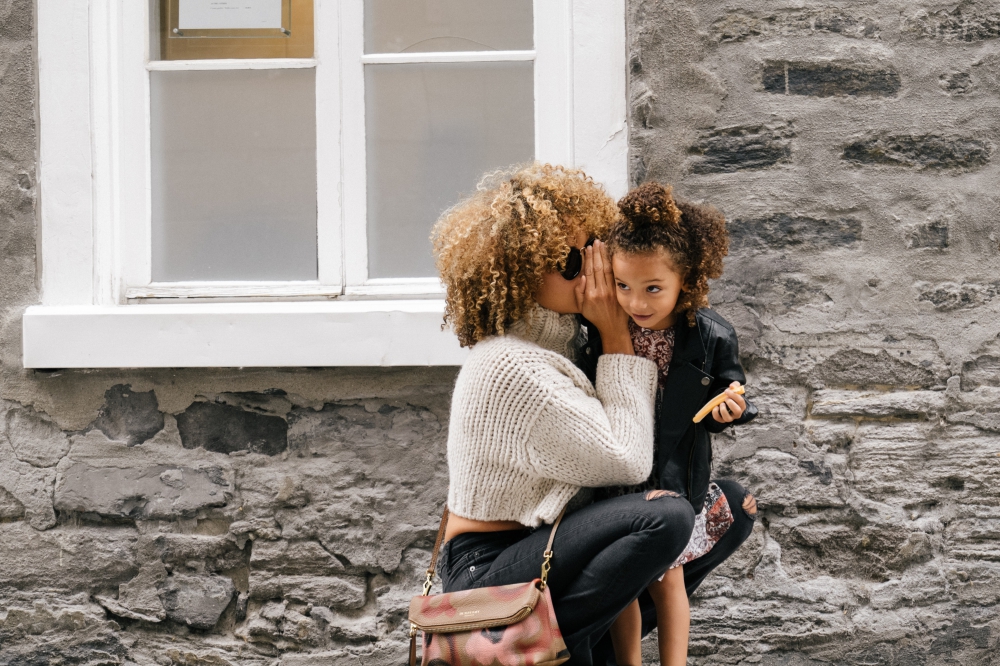 responsiveness from adults builds children’s sense of self-worth, while at the same time, it encourages them to keep trying to learn the complicated skill of  communicating well.

Second, conversing with children on subjects that interest them helps children learn their language. Anyone who tries to learn a foreign language as an adult knows how important it is to hear the language spoken properly and to have practice speaking it to an attentive, sympathetic audience in order to become fluent. In the same way, conversing with children lets them hear their language spoken properly, it gives them vocabulary and phrases for expressing many kinds of ideas, and it offers them a chance to practice using language themselves.

For the first ten years or so of a child’s life, according to noted educator John Holt, developing skill and interest in talking lays a foundation for learning to write well and read well in school.

“A child who does not talk will not have many things that he wants to say, and hence will not know what to write about,” Holt wrote. “When he does try to express his thoughts, he finds it hard, because he has had so little practice in putting words together. “

“Lack of skill in conversation is also likely to make poor readers, at least of many kinds of writing…” Holt said. “The good reader enters into an active dialogue with the writer. He converses with him, even argues with him. The bad reader reads passively; the words do not engage his mind…In courses like Math or Science, in which one must often follow instructions, turn other people’s words into action, the inarticulate child often finds that he can’t do it.”

Being a good communicator also helps children to make friends and get along well socially.

Conversing with children takes a lot of time and effort, but it is one of the essentials of being a good parent, grandparent or special friend to a child.

Related Blogs for Nurturing Minds and Hearts of Kids at Home:

Pre-School at Home During COVID-19

Toddlers Helping During COVID-19 and Beyond